Edgecliff Boys In The Archibald Prize 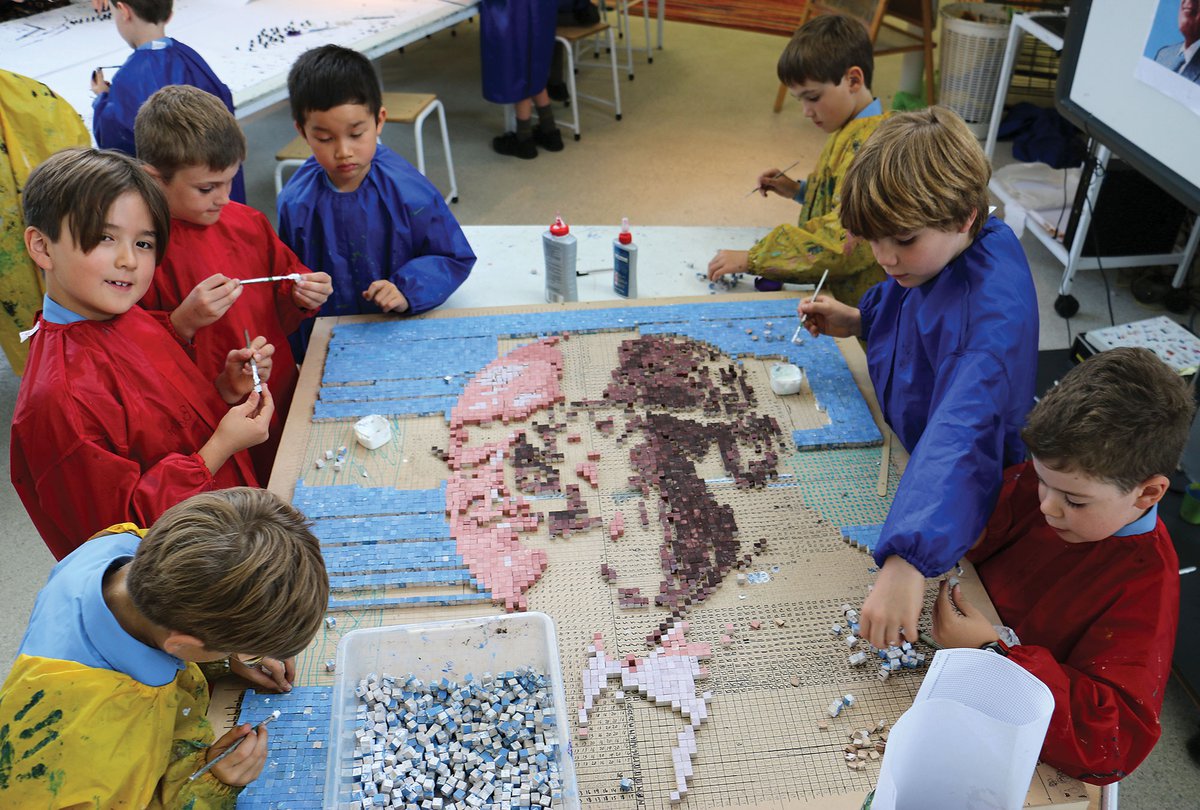 The boys of Edgecliff Prep were finalists in the 2017 Archibald Prize.

Their portrait of retiring Headmaster of Sydney Grammar School, Dr John Vallance, titled Goodbye, Sir!, was exhibited at the Art Gallery of New South Wales 29 July - 22 October 2017. Anne Ryan, curator of the Prize, said ‘I have never seen or heard of an Archibald Prize finalist portrait that was created by such a large group of contributors or by students.’

"I have never seen or heard of an Archibald Prize finalist portrait that was created by such a large group of contributors or by students."

Speaking about the project, Dr McCloskey, Headmaster of Edgecliff Prep, said: ‘Some artists go their entire careers without having a work selected as a finalist, so the honour of reaching this stage is not lost on the boys or our community.’

The Archibald portrait is a second pixelated portrait of Dr Vallance. The boys presented the first one at Dr Vallance’s farewell assembly – and then some of the Art Club boys thought they could do better. The idea was to reverse technology – to make a painting that looked like a pixelated image on a computer screen.

The portrait, consisting of 11,000 blocks, was painted by all the boys at the School, aged five to twelve, under the guidance of Artist in Residence Jonathan Dalton and Ms Tess, the Art teacher. First Dr Vallance had a photographic sitting with the boys and the boys voted on their favourite image. They then drew an 11,000 square grid on a wooden board, plotted the 20 colours, sanded and painted the blocks, and glued them on.

Kindergarten, Year One and Year Two worked mainly on the simple blue background, Years Three and Four did the suit and tie, while Years Five and Six were responsible for the intricate work on the face. Although the process was simple in theory, it wasn’t easy fitting in the last blocks! Handsaws were used to cut the final blocks down to size. The boys worked hard on this project, during Art lessons, recess, lunch and after school.

Dr Vallance, who was so pleased with the boys’ work, said: ‘When I was Headmaster of Sydney Grammar School I knew I was one of the luckiest men alive. Now you can see why. I am very proud of all three hundred and one artists at Edgecliff. The boys who posed me and took the pictures did a brilliant job, and both portraits were fantastic – this second one, if possible, is even better than the first one. A whole school full of artists – what a magnificent thought!’

"...A whole school full of artists – what a magnificent thought!"

Goodbye, Sir! has been selected for the 2017 Archibald Tour.

The exhibition will be seen in the following places: